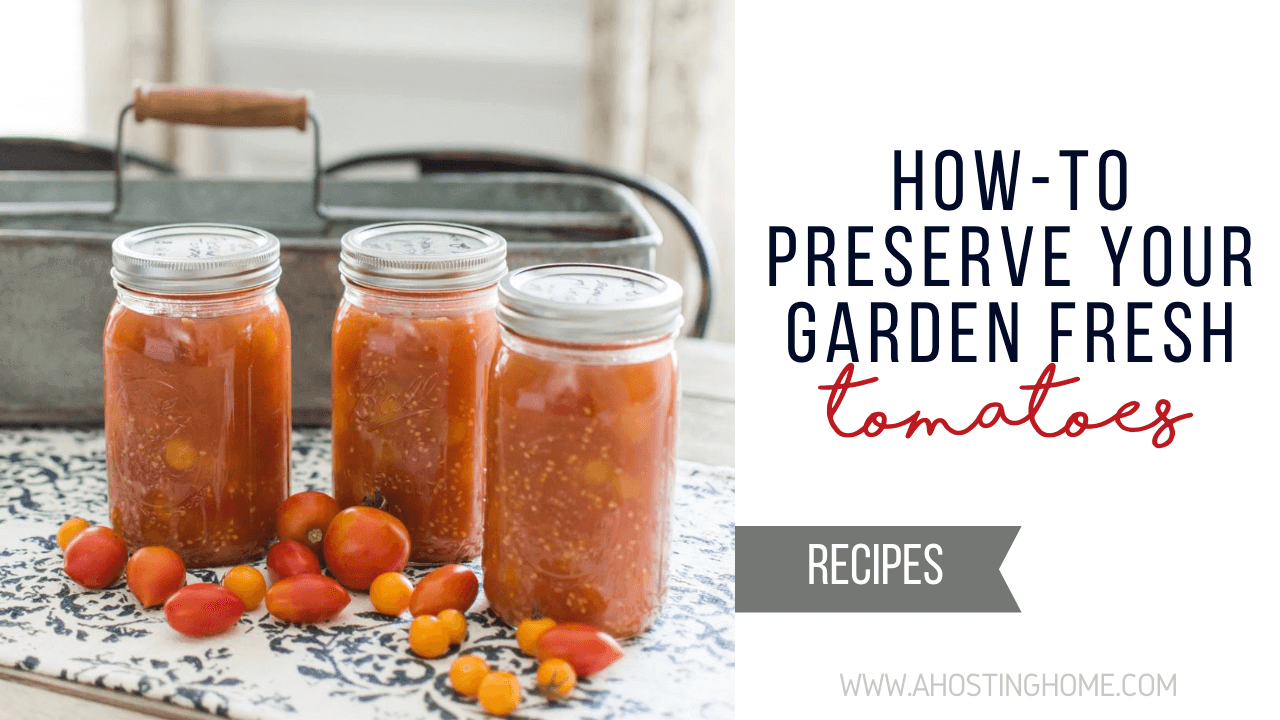 This post contains affiliate links. Please see the disclosure on my about page for more information.

Our garden has been such a highlight to our Spring and Summers the past couple years. Rob and I have so much fun getting to tend to it and watch it grow. We’re constantly learning, adapting, and making notes for how we can make it even better the next year. We’re definitely not professionals, but we’ve had such great luck with each year. There’s no better feeling than getting a plethora of veggies from your garden after a long spring/summer of putting in the hard work. Whether canning or cooking, we use all of what comes out of our garden — and it makes cooking in the summer that much more fun and enjoyable for us.

This year, we had a crazy number of tomatoes come off our tomato plants in our ‘salsa’ bed. After making two huge batches of our Instant Pot Salsa, we decided that we wanted to experiment with making our own homemade tomato sauce and canning our own diced tomatoes in attempts to not let anything go bad or to waste. While we were a little intimidated at the thought of canning when we first did it, it really was so much easier than you’d think it is. So today on the blog, I wanted to share with y’all about how you can easily preserve your overflow of fresh garden tomatoes to enjoy long after the summer season is gone. 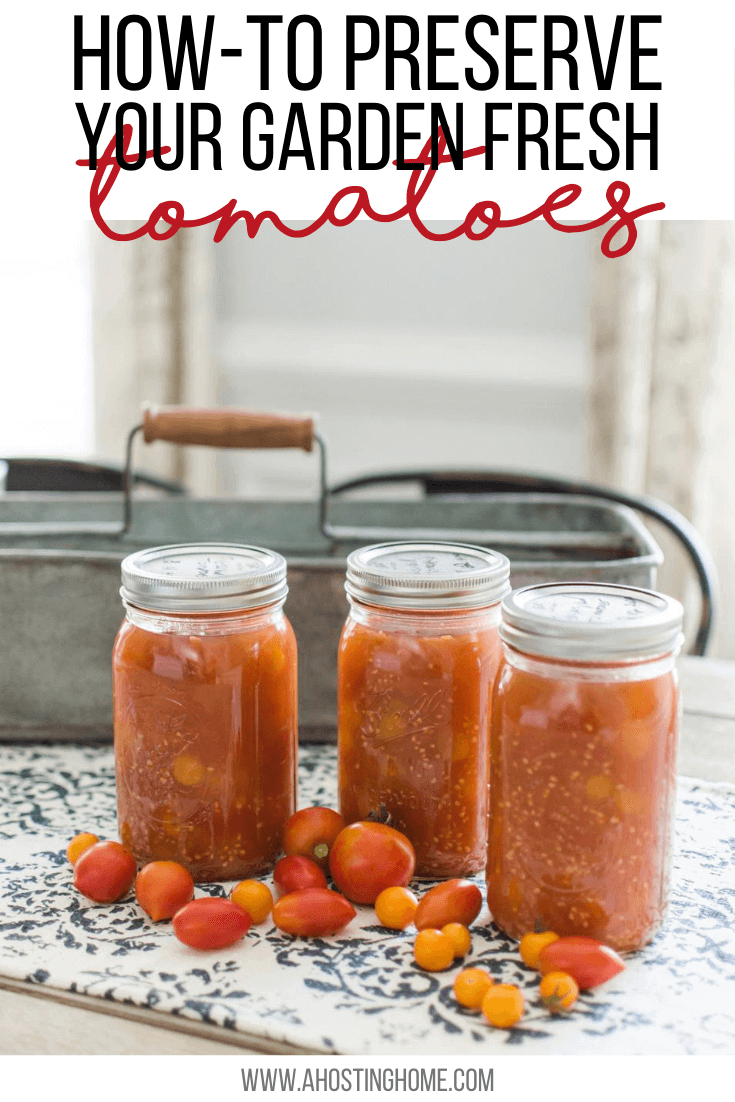 I think the best part about preserving / canning tomatoes is that there are almost an infinite number of uses for them as you head into the rest of the year. It really is one of the most versatile ingredients to stock your pantry with — and how amazing would it feel to be able to stock up with ingredients you grew yourself rather than purchasing them on a shelf at the store.

Sean Brock is one of Rob and I’s favorite chefs, and his soul-deep passion for Lowcountry and Southern foods comes through with each and every recipe. He also does an amazing job educating people on how to build up their pantry through the processes of preserving and canning. One of our favorite cookbooks of his is South. (We also have his other book, Heritage!) We used his South cookbook as a guide for preserving our garden tomatoes this year.

Like I said, we used Sean Brock’s recipe in South (page 278) for preserving tomatoes as a guide for preserving our garden tomatoes this year. We didn’t use the exact recipe because we were using a huge leftover batch of a variety of different tomatoes. However, we used his process outlined in the recipe and preserved 3 quart sized jars full of tomatoes from our garden.

The recipe in Brock’s book calls for these ingredients to make 2 quart sized jars plus 1 pint sized jar. We adapted his recipe based on what / how much we had on hand and what we had from the garden, but we followed the actual preserving process below!

Bring a large pot to a boil over high heat. Make an ice bath with equal parts ice and water in a large bowl. Working in batches, lightly score the skin on the bottom of each tomato with an X and submerge the tomatoes in the boiling water for 20 seconds. Remove and submerge them in the ice bath to cool. Do not leave them in the ice bath for longer than 5 minutes. Drain. Peel the tomatoes and place them in another large pot. Repeat until all your tomatoes are done.

Since they were so much smaller, the Sunsugar (yellow cherry) tomatoes were definitely harder to manage in the boiling water and then the ice bath than the rest of the tomatoes. The easiest thing to do was to make a small slit on the bottom (instead of an X) and the skins popped right off when they came out of the ice bath.

For the larger tomatoes, we followed the same process. However, Rob found it was easiest to cut out the stem core out and make a slit on the top (instead of the bottom) before placing it in the boiling water. Upon coming out of the ice bath, the skins popped off so much easier. After he peeled them to put them in another large pot, he diced the larger tomatoes so they were all approximately 1-inch in size.

Add the tomato juice, lemon juice, salt, and hot sauce to the tomatoes. Cover, and heat over medium-low heat, gently stirring occasionally, until the tomatoes register an internal temperature of 180 degrees (F) on an instant-read thermometer. (About 20 minutes)

Using a slotted spoon, divide the tomatoes among the jars and then ladle the liquid into the jars, leaving a 1/2 inch headspace. Wipe the rims and threads clean, place the lids and rings on the jars, and finger-tighten the rings.

Process the jars in a boiling-water bath for about 40 minutes for the jars to seal properly and for a vacuum to form. Properly sealed, the tomatoes will keep in a cool, dark place for up to 6 months.

Instead of processing them on a lower temperature in the water bath for a longer period of time at a lower temperature, Rob processed them at a higher temperature for approximately 12 minutes. When the jars come out of the water bath, we let them cool upside down to allow the heat and pressure help seal the jars. You’ll hear a popping sound when the jars are sealed. The ‘button’ on the top will also be pushed down / be able to be pushed down without popping back up. If it does pop back up, the jar was not properly sealed and will need to be stored in the fridge. 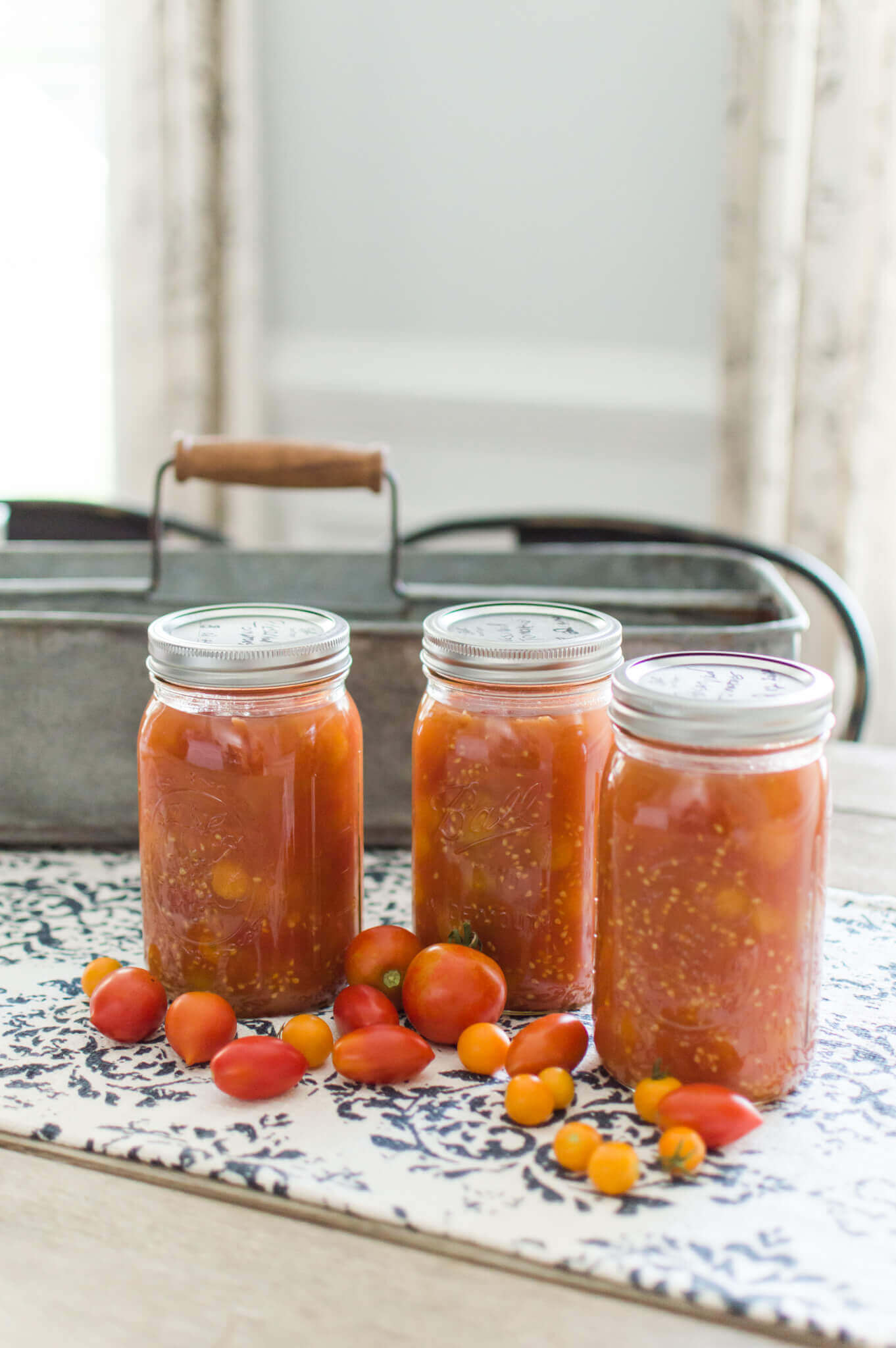 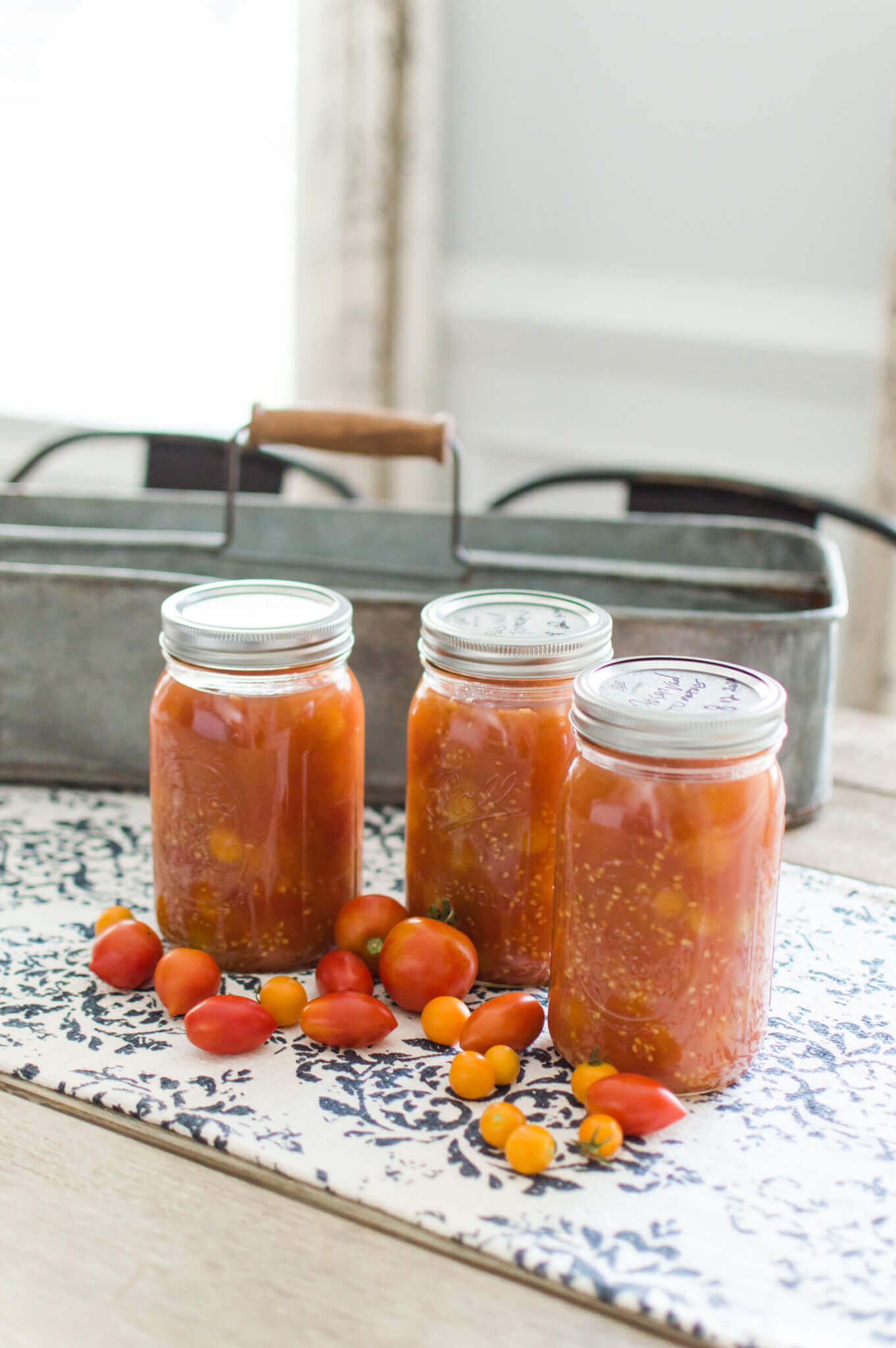 Well there you have it, friends! I hope this post helps you know how you can easily preserve your overflow of fresh garden tomatoes to enjoy long after the summer season is gone. Let me know if you try it out and how it goes for you in a comment below! In the meantime, you should also check out my Instant Pot Salsa recipe for the best homemade salsa!