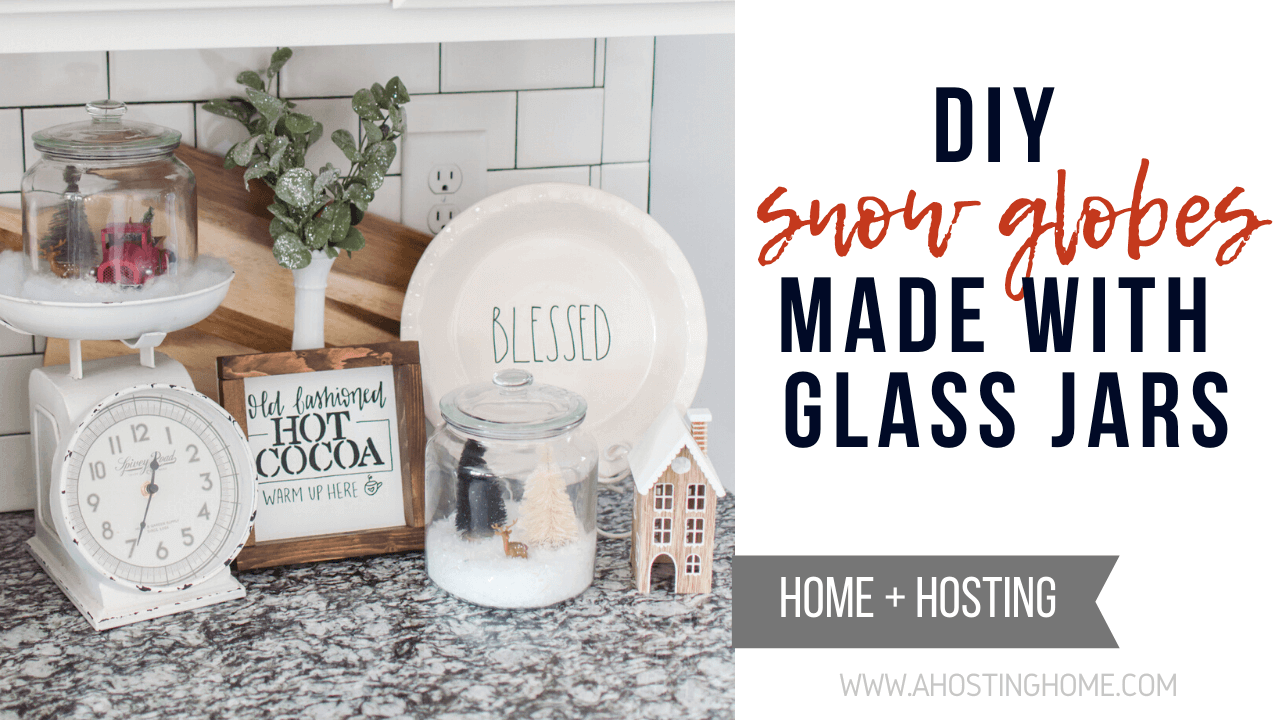 I’ve been decorating for Christmas for a solid month now, and I just finally finished today. I was so inspired this year after not getting to do a whole lot last year. I kept finding more things that I wanted to do, and I obviously change things around a lot anyways. But, I think I finally called it and hit the theoretical ‘finished’ button today.

I love home decor. But even more so, I love a good DIY. (Especially when it’s on a budget!) I wanted to add some Christmas touches in this little nook in my kitchen that wasn’t for my coffee bar. I have my white kitchen scale-turned-clock that I got over the summer at Vintage Market Days of Atlanta, and I’ve had so much fun changing it up with the seasons. For Christmas this year, I decided to make some DIY snow globes with some jars. It was so easy and inexpensive – and it looks so cute! Get the details below and make your own! 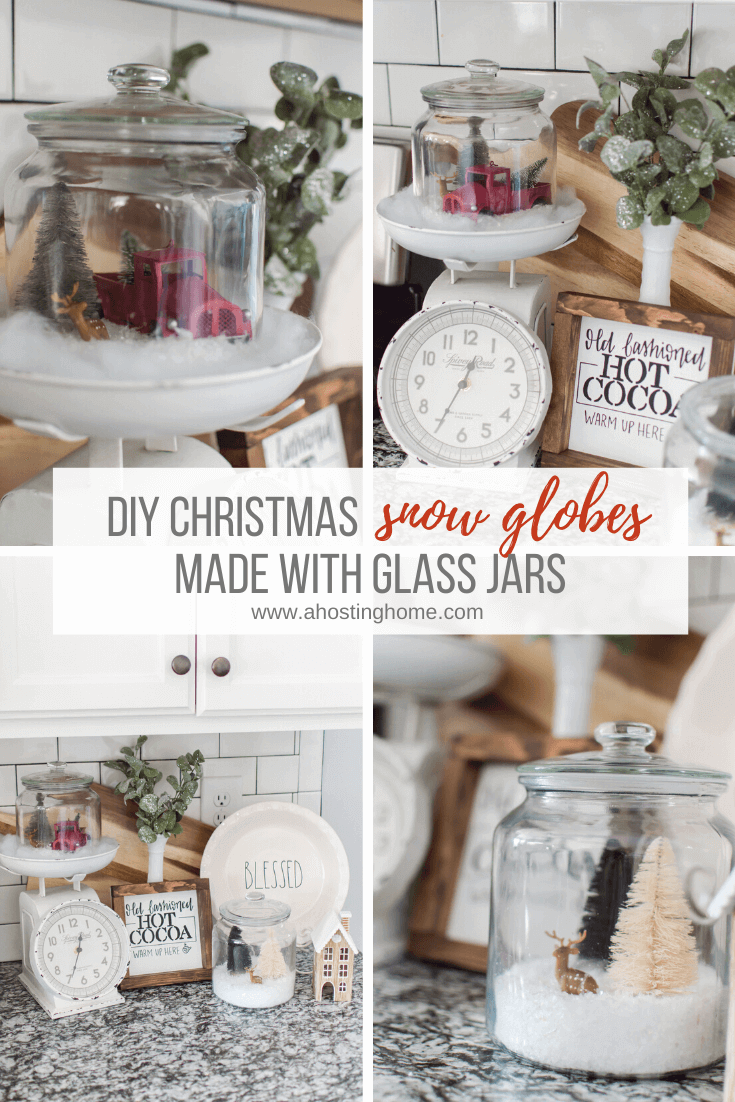 These snow globes were so easy and inexpensive to create with some leftover glass jars that I got at Ikea last Spring. Not to mention, they turned out so stinkin’ cute! I ended up making two for this little nook of my kitchen and two more to incorporate into my Christmas tablescape this year. I’ve been also toying with the idea of making some more out of different sized mason jars to create a display of different sized snow globes. (How cute would that be?!)

I think the best thing about these DIY snow globes is that you really can make them however you want! I went to Hobby Lobby’s miniature tree section, and they had all kinds of mini things that could fit inside the jars. From there, it’s really about how you want them to look.

For my DIY snow globes, I kept it pretty simple. In each jar, I put about 2 inches of the iridescent glitter snow. (I ended up only needing one bag for all four jars.) Then, in one jar, I placed a red truck ornament (with a tree in the truck bed!) next to a bottle brush tree and a mini deer figurine. (They also had mini dogs in santa hats and snowmen. How cute would that have been too?) In another jar, I placed a couple bottle brush trees with a couple of mini deer.

For the two additional jars I made for my tablescape in my dining room, I originally bought these mini houses I found at the Target Dollar Spot. However, I was super disappointed that they didn’t fit. So I ended up just keeping it simple and continuing with the bottle brush trees, mini animals, and a couple of mini presents under the bottle brush trees. They still turned out really cute, and I love them! I’ll be sharing that finished tablescape soon on the blog. 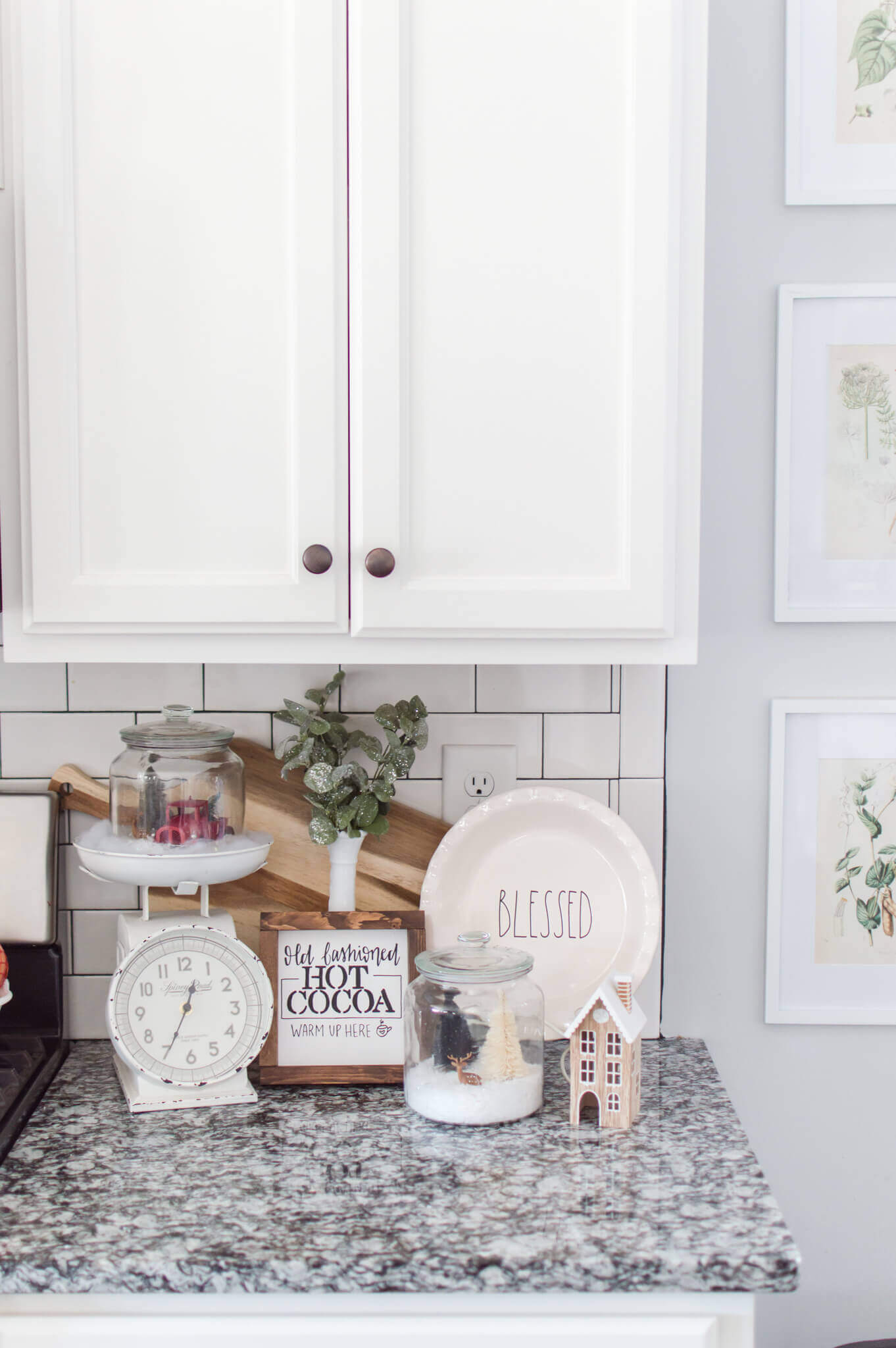 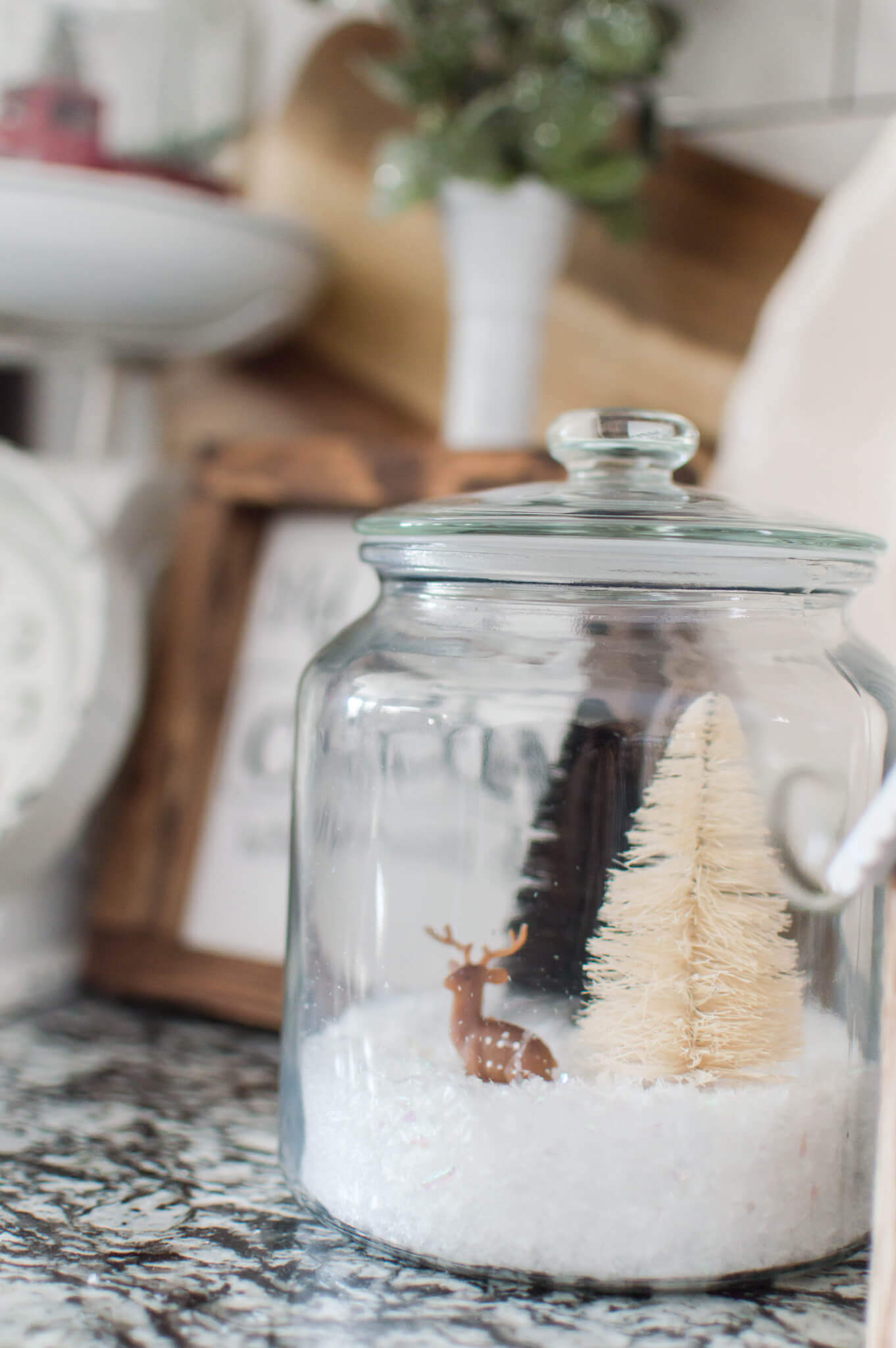 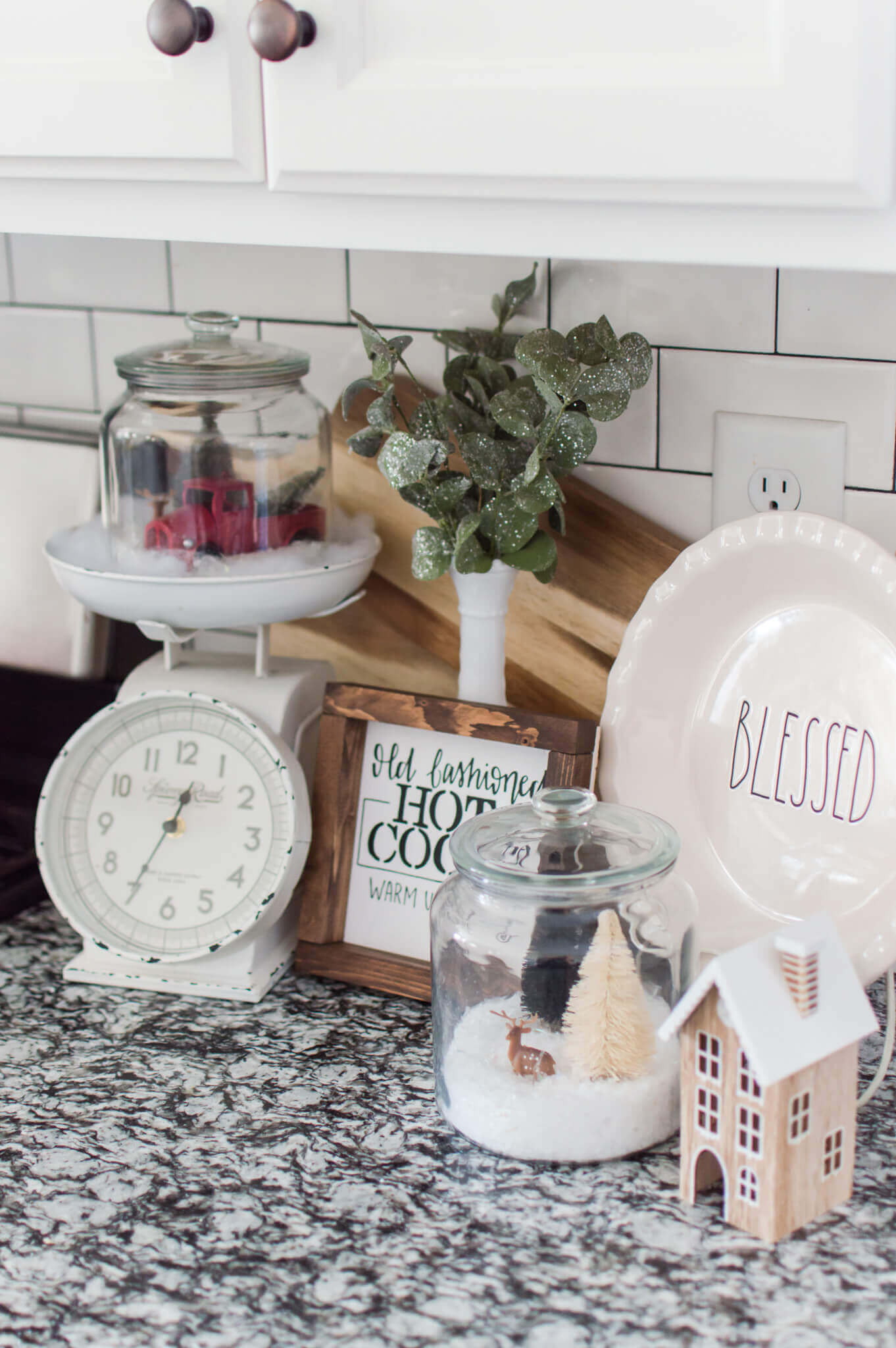 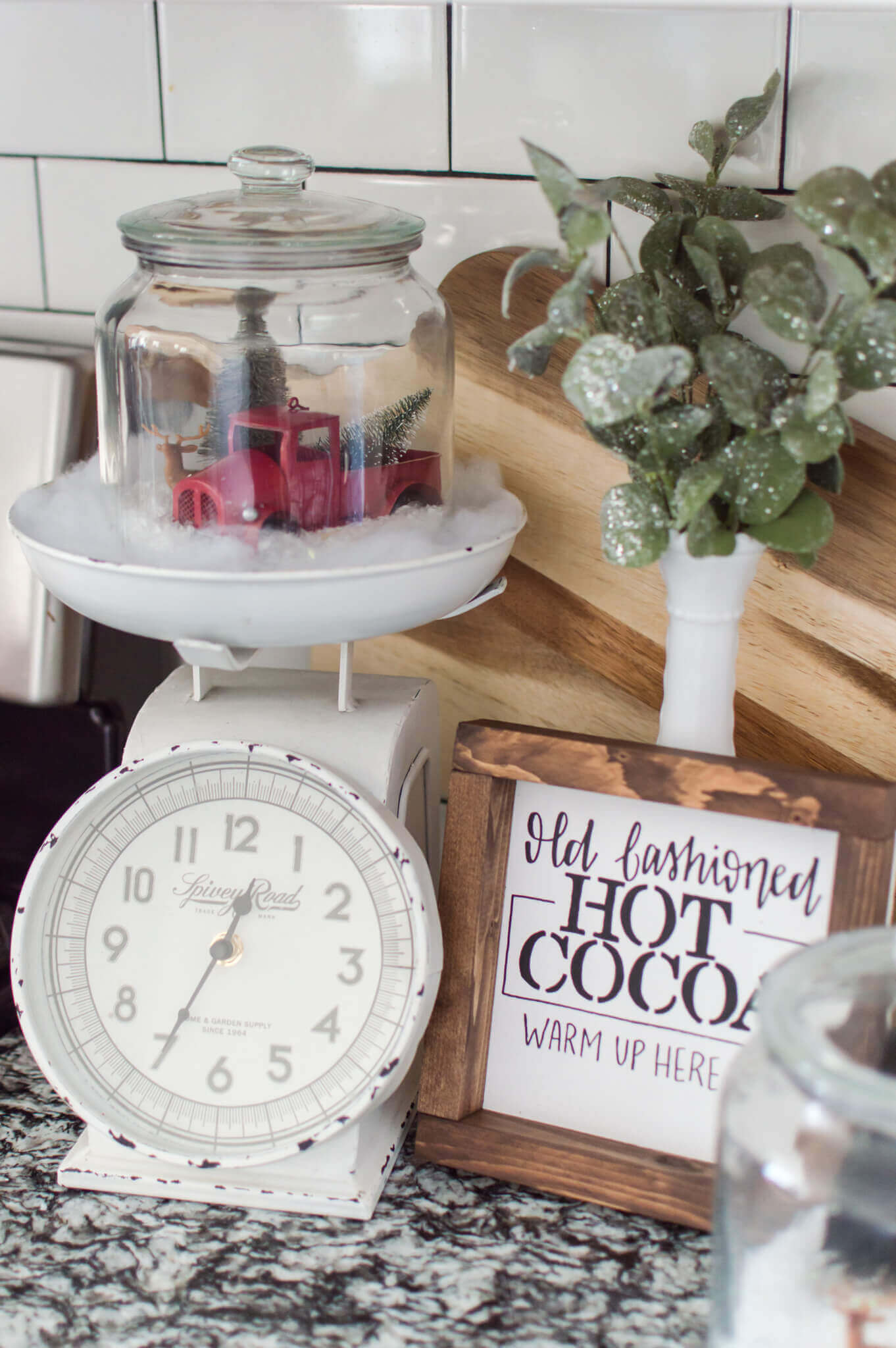 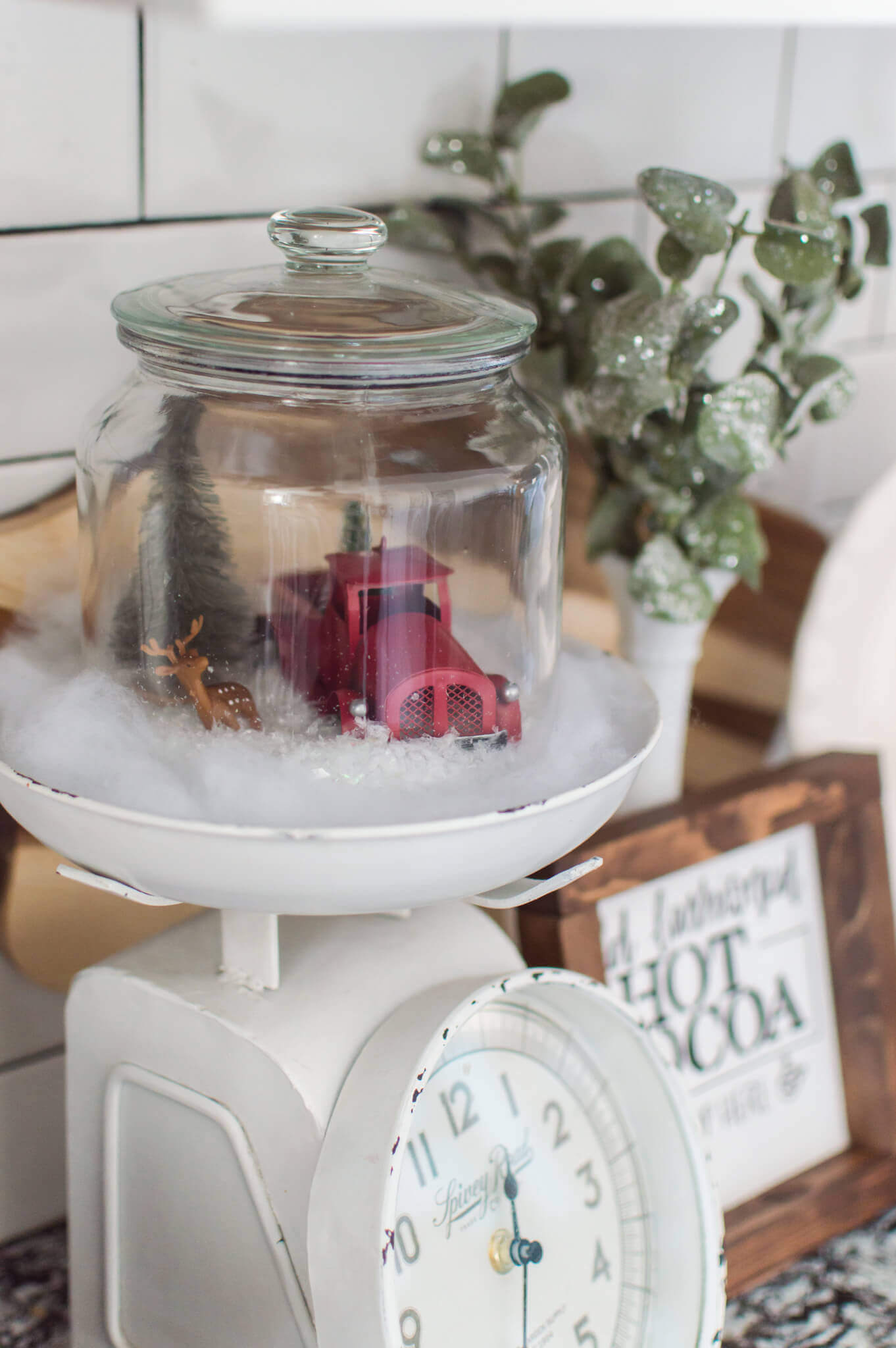 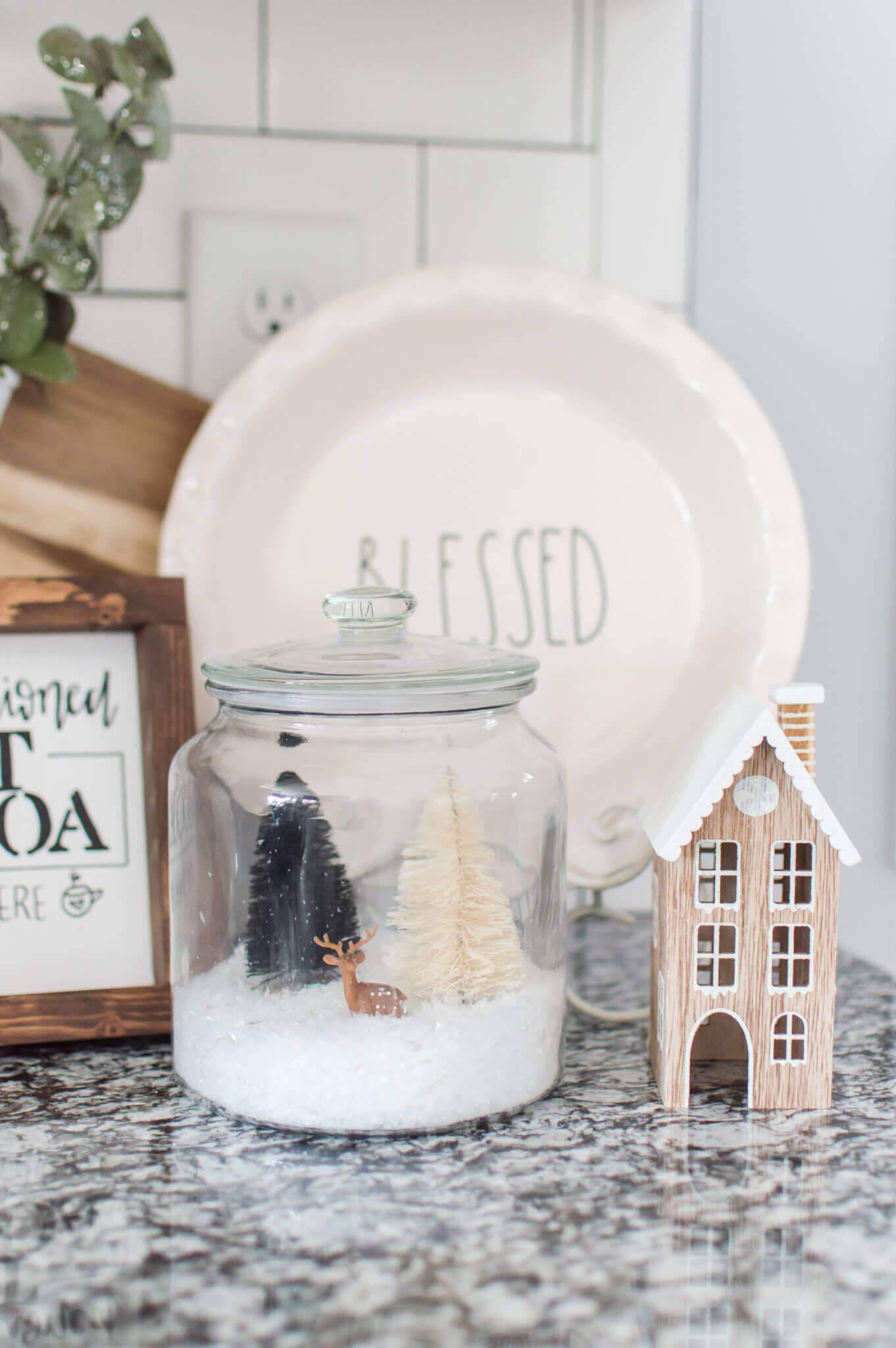 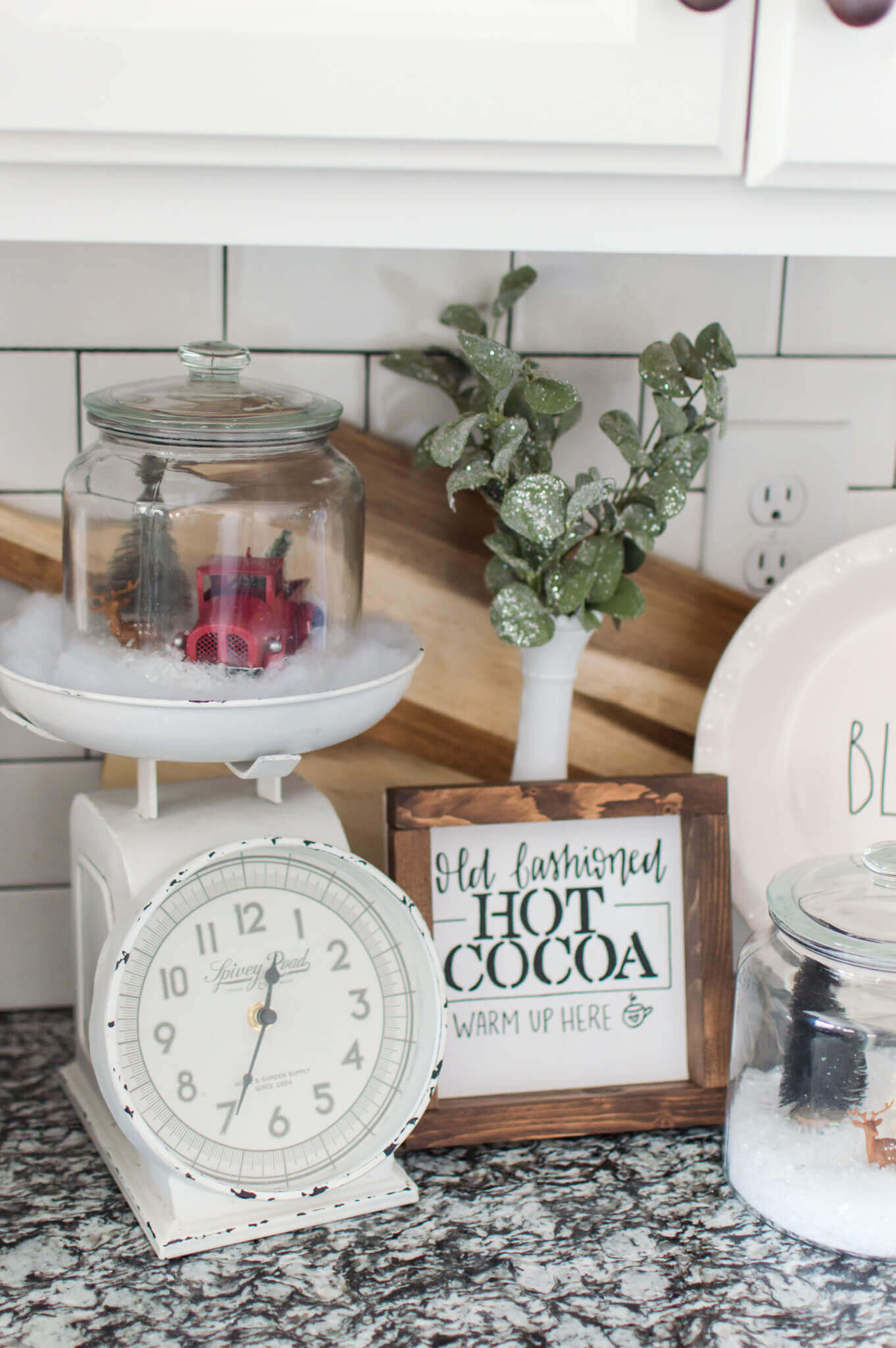 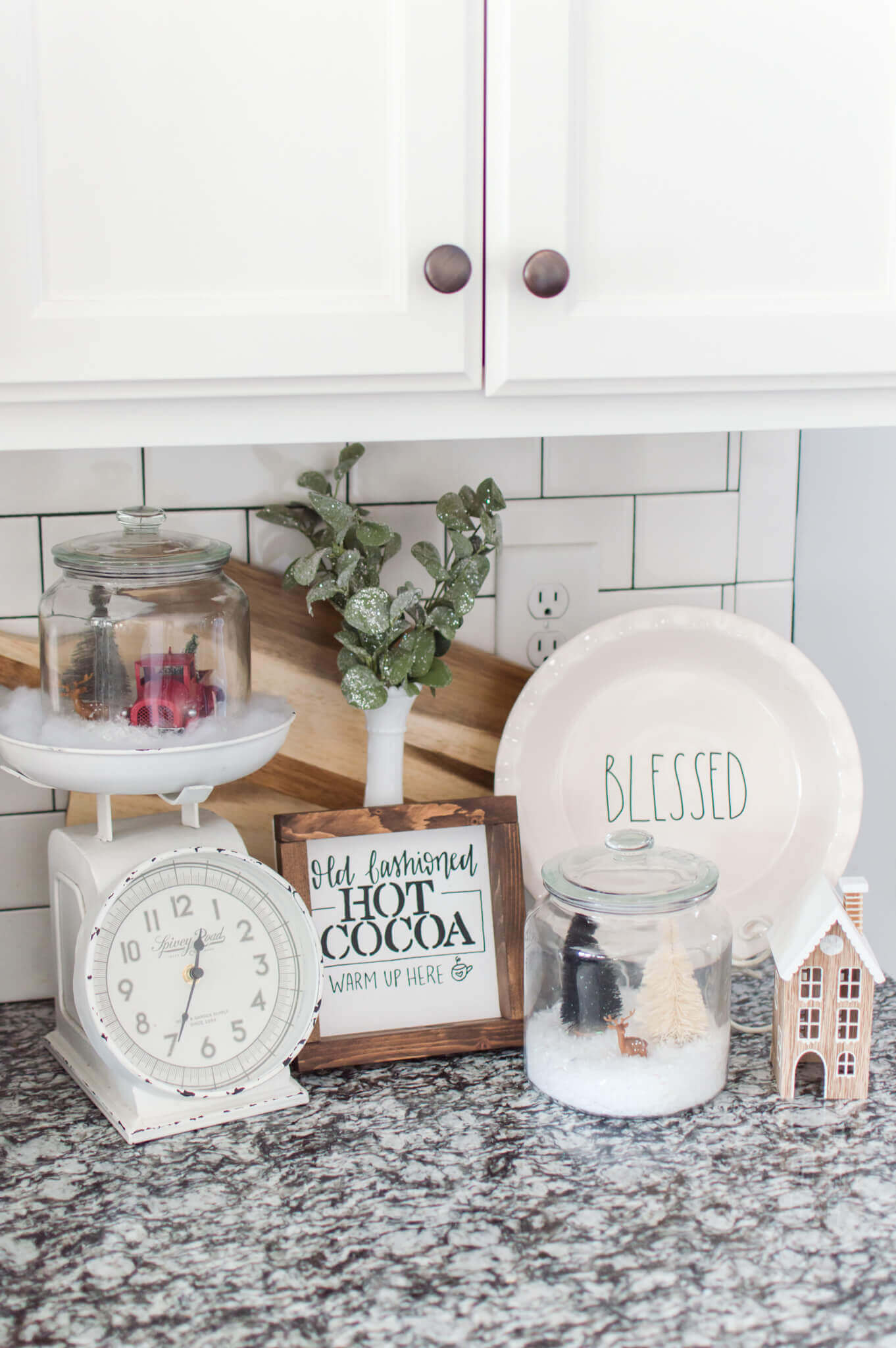 Well there you have it, friends! I hope you enjoyed this super easy DIY idea to add into your Christmas decor this year. I absolutely loved how mine turned out, and I look forward to hopefully making more each year. Not only were they super inexpensive to make (thanks especially to 50% off at Hobby Lobby!) But, they also were super easy. It would even be a great snow-day activity for the kids to make their own!

10/10 recommend just going for it and painting the

✨ STUDY REVEAL ✨ I got a lot of nervous respon