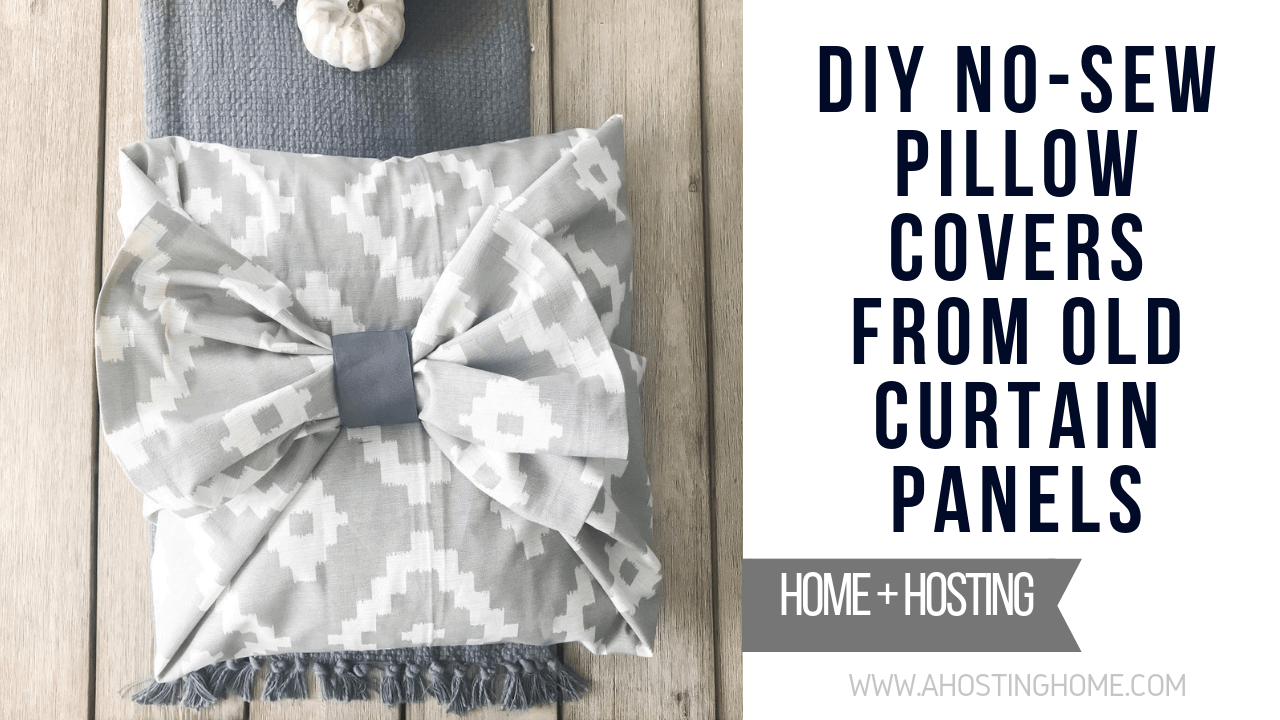 Does anyone else have a *slight* problem when it comes to throw pillows? And by slight, I mean that you have way too many? I’m raising my hand while writing this because I’m totally guilty and not ashamed to admit it.

Side Story: One of my friends actually took part in a throw pillow ‘challenge’ where she collected throw pillows and placed them all over her house until her husband noticed. Talk about prank GOALS.

I collect throw pillows like they’re going out of style. But, the only reason that I’m not quite on my friend’s throw-pillow-loving-level is because Rob notices everything. (It’s a blessing and a curse, my friends.)

So what’s the deal with the throw pillow obsession? Throw pillows are one of the easiest ways to change up your space’s look on a budget. The only problem is, what do you do with your old throw pillows when they no longer fit your home’s decor style? They’re not exactly something you can throw away guilt-free. Today on the blog, I’m so excited to share with you a little DIY hack on how to give a second life to your old throw pillows with those old curtain panels you probably already have in the back of your linen closet! 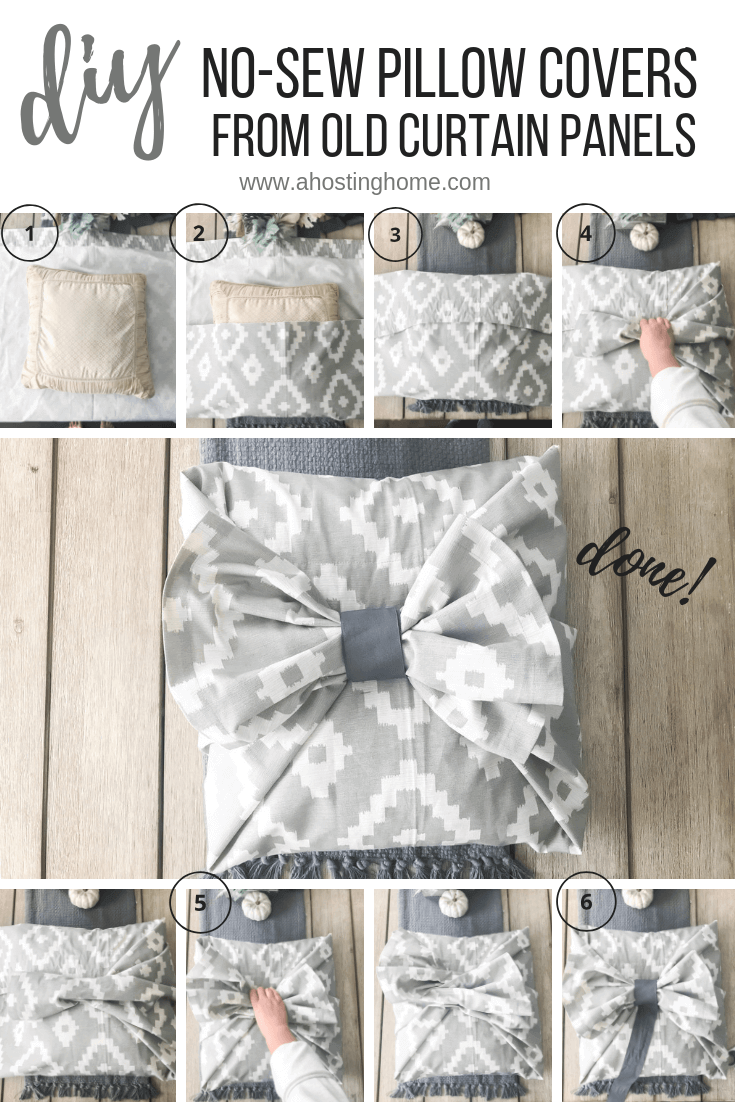 The Idea: Why Waste Them!

When Rob and I moved into our new house, I decided that I wanted to hang our curtains higher above the window to create the illusion of taller ceilings and a bigger space. However, that meant that all of the curtains we had weren’t going to work and I suddenly had all these extra curtain panels sitting on the top shelf of our guest room’s closet next to a huge stack of old throw pillows that I also didn’t have a use for anymore. I hated the idea of them sitting there collecting dust (and wasting space!) – so I came up with a DIY to save myself some guilt and dollars on my next shopping trip.

This quick little DIY is the perfect way to give your old throw pillows a second life while exercising your creating juices and giving your wallet a break from your bi-weekly trip to Homegoods for new ones. With no sewing necessary, your sofa will have a new look in less than 5 minutes!

The first thing you’re going to want to do is position your pillow in the center of your cut curtain panel with the cut side of the panel on the bottom. Like I mentioned above, I did this with two different sized pillows, and I found that it turned out better with the smaller one. It really depends how big you want that ‘bow’ at the end!

Take the bottom of the panel and fold up and over the pillow.

After you’ve folded the cut side of the panel up, take that top side of the panel and fold it down. You want them to overlap slightly in order to hide the pillow that’s inside. It works best if they only slightly overlap so you also don’t see the seam in the following steps. To make the following steps a little easier, I took one of my safety pins and secured the seam together (I even went through the pillow too!) to keep it from coming open.

4. Grab One Side and Fold Over

Next I went ahead and grabbed the right end of the fabric in my hand, bunched it in my fist, and folded it somewhat tightly over the seam of pillow. Keep in mind that you want the cover to hold the pillow a little snug.

5. Grab Other Side, Fold Over, and Bunch Together

Repeat Step 4 with the left end of the fabric. I put one end on top of the other and bunched it together with my fist in the middle so that the two ends hung out.

Finally, I took some extra wide ribbon that I had in my craft closet and wrapped it somewhat tightly around the bunch in the center where my hand was holding the two ends together. Take your other safety pin and secure the ribbon to itself. If you don’t want to worry about the ‘bow’ moving, you can also secure it to the seam that it is covering. You’ll just need to adjust each end and slightly fan them out to create that faux ‘bow’ look. 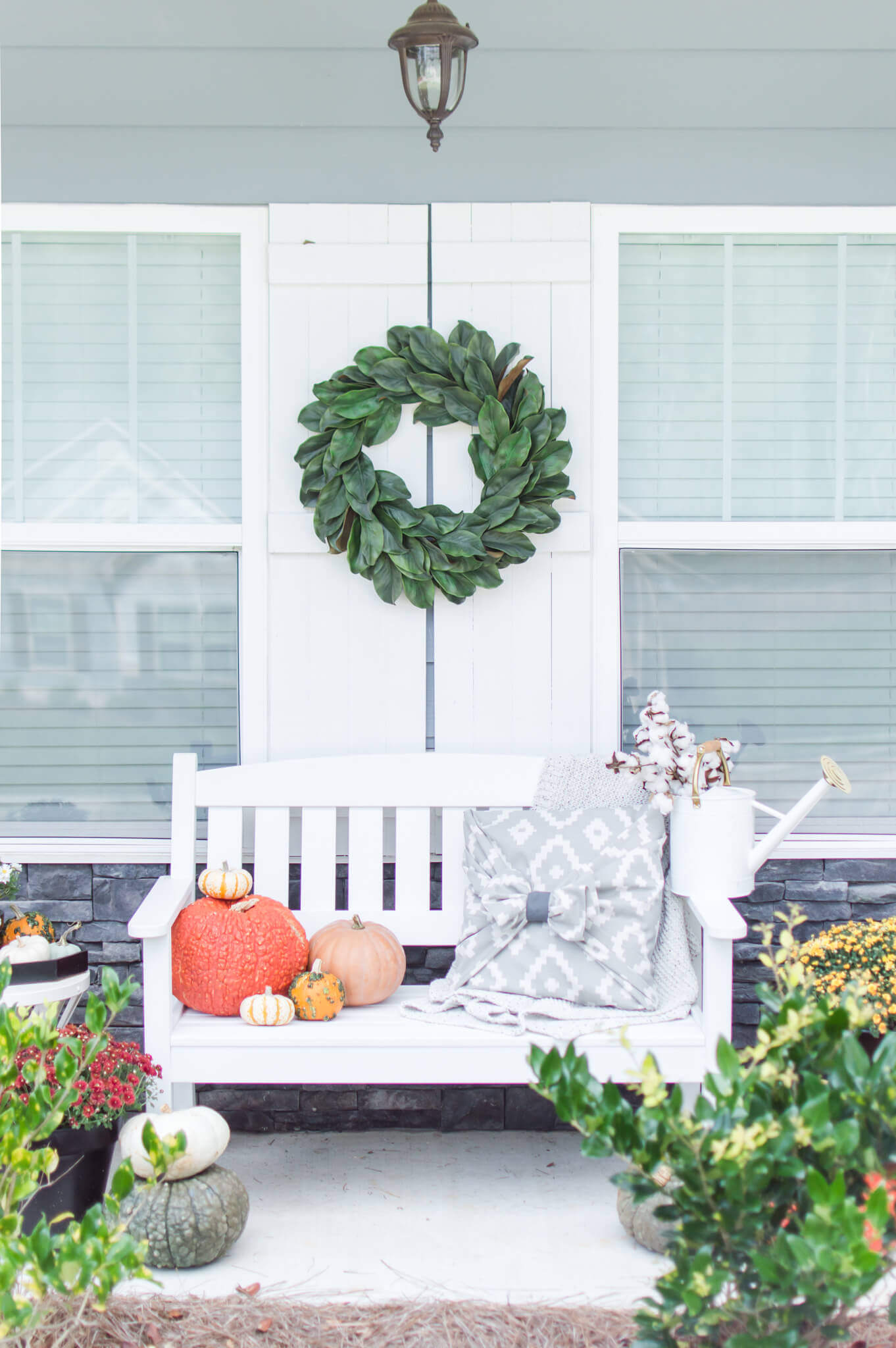 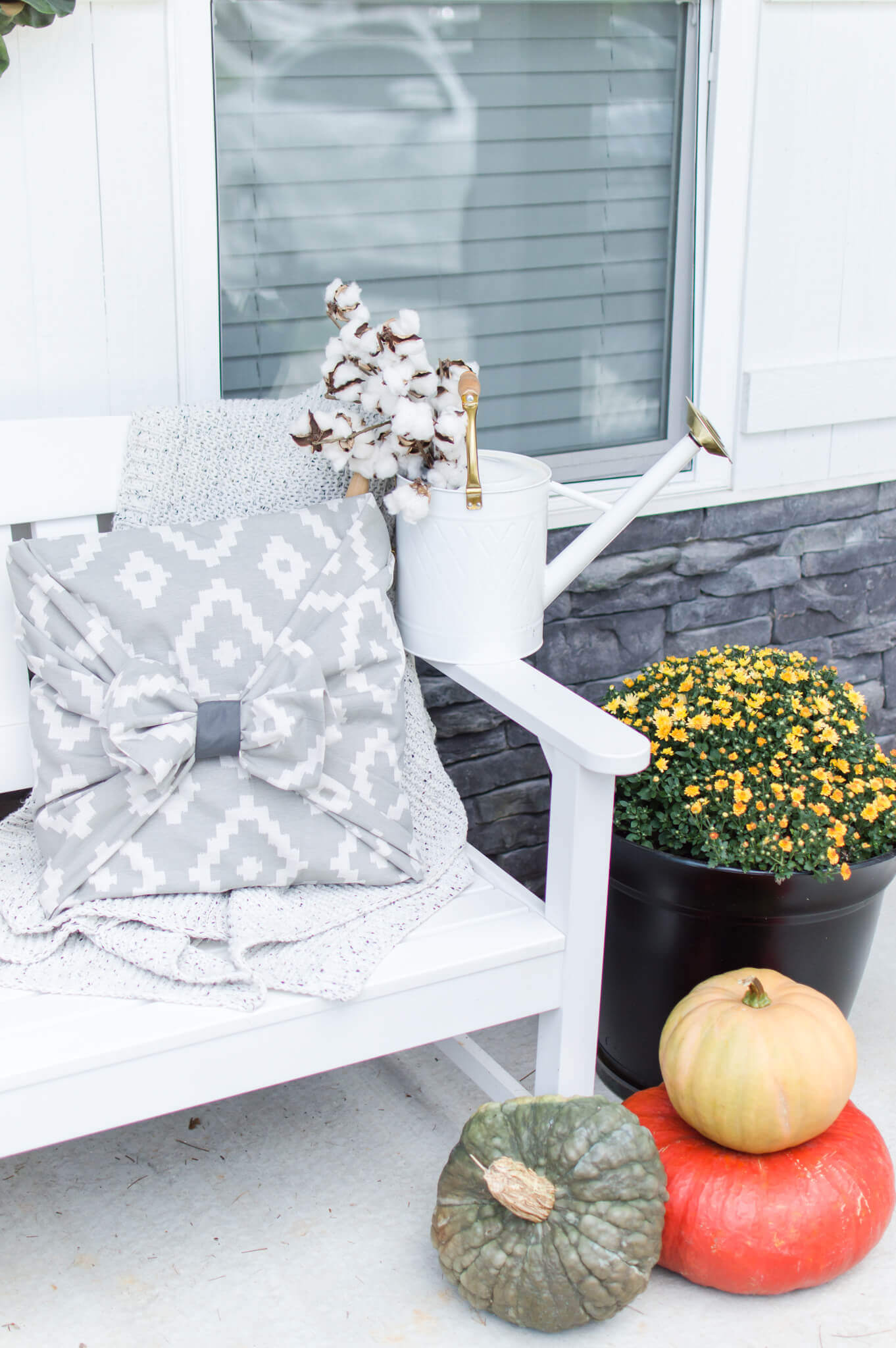 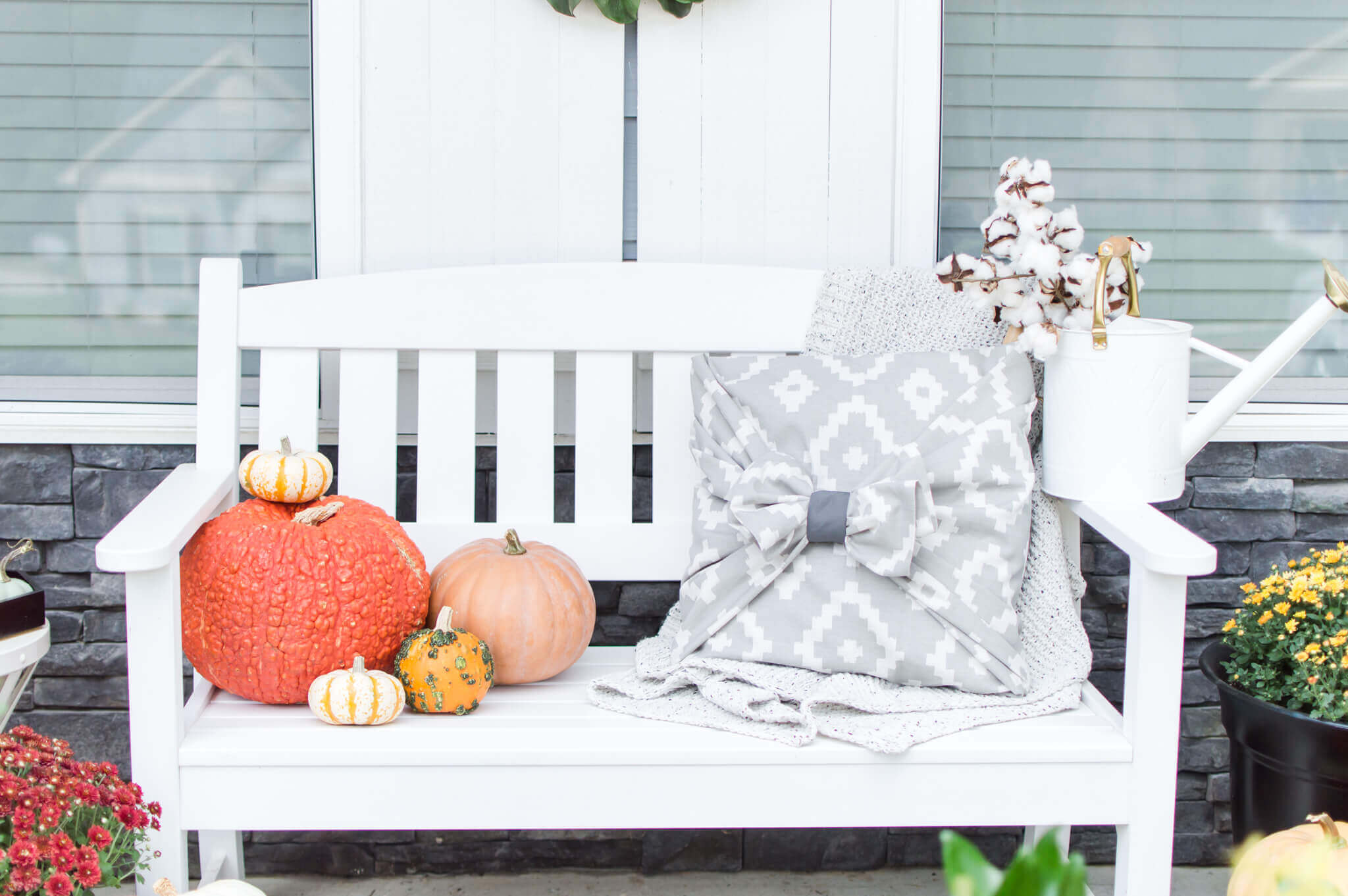 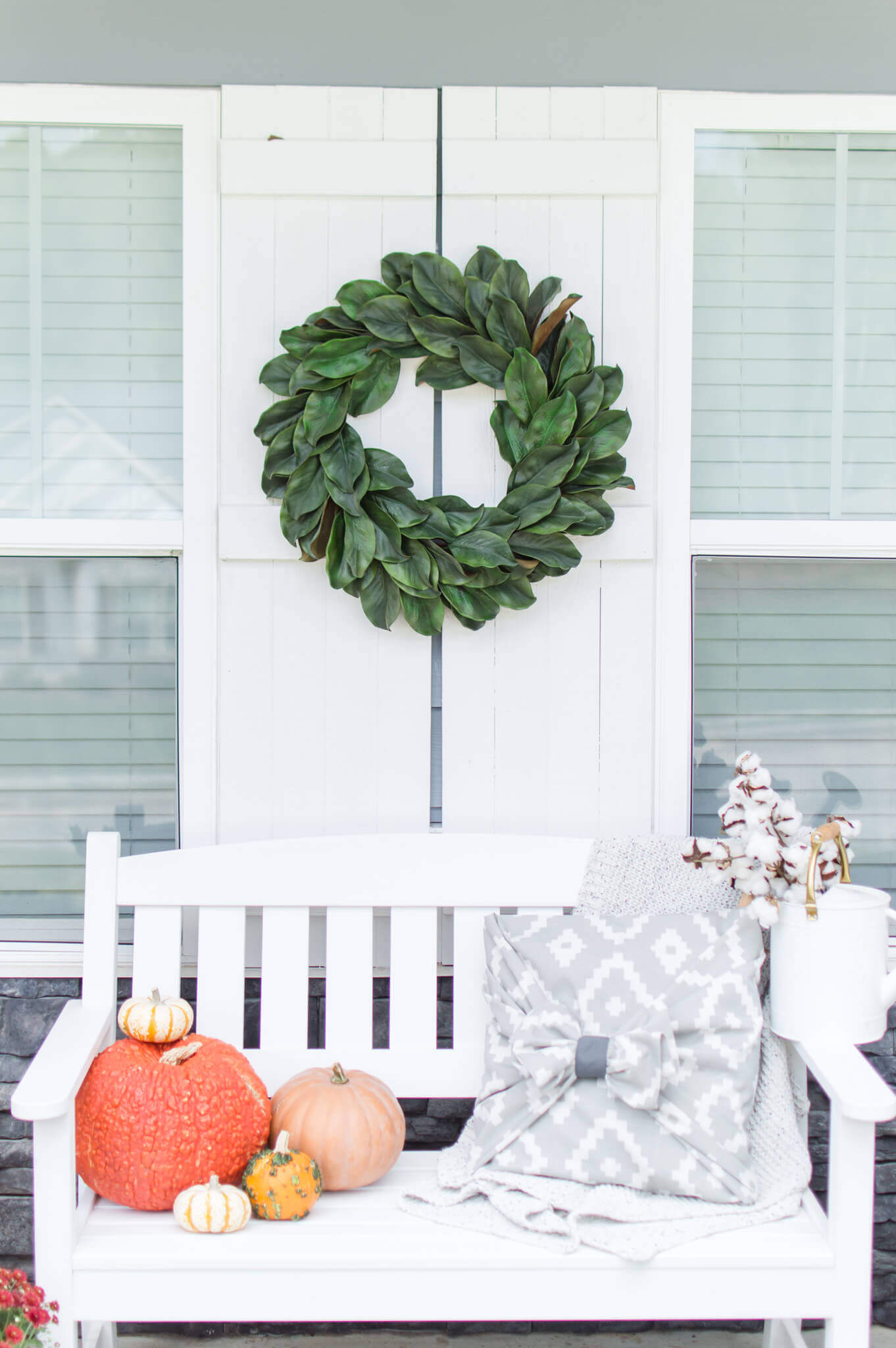 There you have it, friends! I hope you enjoyed this super simple DIY on how to create your own no-sew throw pillow covers with your old curtain panels. Are you dying to give it a try? Let us know how it worked for you in a comment below!